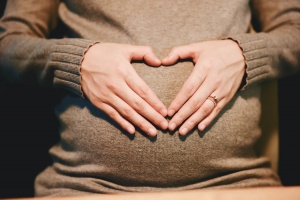 The body of women changes in many ways during pregnancy, in order to maintain the load until the baby’s full maturity for the outside world. The major changes occurred due to the high concentrations of certain hormones in the blood that maintain pregnancy, as well as due to physical changes in the body due to the growth of the uterine cavity in abdominal weakness. In this way comes the pressure of the organs in the abdominal cavity, as well as in the chest, and the pressure of the spine with the nerve endings, the pelvis and the large blood vessels. Regarding the whole picture of changes that occur, it happens that it relies on the immune system of a woman, not to attack the baby, as a foreign body.

All of these changes lead to an increased incidence of infections in the pregnant woman, especially vaginal, because the vagina is very rich in organisms that normally live in an ideal balance, while something does not ruin this ideal ecosystem, such as changes that occur in the body during pregnancy. Therefore it is necessary to pay more attention to the occurrence of clinical signs of vaginal infection, as well as infectious screening (microbiological swabs) during pregnancy. Different reasons can lead to premature birth, the appearance of full to serious infections and complications in the baby.

How to recognize infections?

During the pregnancy, vaginal outcome will normally increase due to the increased lying of certain hormones. While the leachate is white, watery and odorless, there is no place for panic.In case leachate is huge, with a different color or a distinctive odor, then you need to react in time and to schedule appointments with a gynecologist.

If diagnosed in a timely manner, infections most often react to 100% of therapy and do not lead to any complications after pregnancy or the baby.

What are the most common infections during pregnancy?

They can be proven by microbiological swabs or by gynecological examination only (clinical image) and measuring the pH of the vagina.

If it is not treated, it can lead to early birth or with a lower birth weight.

If proven in the first trimester, the therapy is postponed with metronidazole or clindamycin. Throughout the period of pregnancy, probiotic local preparations can be administered, preventively, which will maintain the vaginal flange, and this will prevent the occurrence of the vaginosis.

Prevention:Wear exclusively cotton and dry underwear, do not sit on wet surfaces, especially where there are many people, like swimming pools. In the evening it is best for each pregnant woman to sleep without underwear, so as not to increase the humidity and temperature in that area, and to maintain a good circulation.

The occurrence of this infection is high during pregnancy, and the risk factors are the same as in bacterial vaginosis. It can also occur after antibiotic therapy, but it is also quite common in pregnant women who consume a lot of pasta and sweets during pregnancy. The increased levels of oestrogens, as well as the increased intake of carbohydrates, lead to this long-lasting and boring infection.

It is characterized by significant itching, redness, pain in the vagina and lower abdomen. The leach is dense, white and odorless.

It is treated with local antimycotic drugs, and prevent recurrence of infection with long-term topical application of probiotics.

It is assumed that more than 30 per cent of women are carriers of this bacterium, without the appearance of any symptoms. Most often resides in the woman’s intestinal system. It is proven by a swab from the perianal area. This swab is mandatory for every woman, and is realized from 35-37 weeks of gestation. Usually, the carriers have no symptoms, but it is assumed that with the onset of the birth or immediately before, infections of the baby can occur and the infection from the lowest infections, to severe neonatal sepsis.

The infection with GBS in the case of pregnant women in rare cases leads to the early development or spraying of the amniotic sac, especially when inflammation of the bladder occurs by the GBS bacteria, i.e. occurrence of a clinical picture of an infection.When microbiological swab is proven, in asymptomatic patients, treatment begins immediately prior to delivery, in order to prevent infection when passing through the perineum. Any treatment before birth begins does not make sense because these women are the carriers of this bacterium and they normally tolerate it.

One of the most common infections in the world. This is a sexually transmitted disease, it is characterized by itching, green, thick and unpleasant smell, and often leads to bladder inflammation and acute cystitis. If proven in pregnancy it must be treated urgently because it leads to infection in the baby but also to premature delivery and spraying of the amniotic sac.

After the first trimester, it is treated with metronidazole preparations.

Other infections that are detected during pregnancy with the obligatory microbiological swabs are Klamidia, Ureoplasma, Mycoplasma.

It is still feasible to see what possible complications can be caused in the course of late pregnancy and childbirth, as these microorganisms are more associated with infertility, recurrent abortions, etc.

But in a representative percentage are associated with early onset and severe infections in the baby, therefore they require a temporary treatment when they are proven in the pregnancy.

The recommendation is to recognize the symptoms such as heavy vaginal discharge, discoloration and odor as mandatory taking of microbiological swabs during pregnancy and realizing a gynecological examination on several occasions.