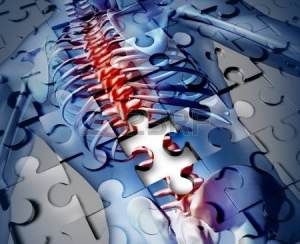 The entire game developed at a very complex level, over millions of years of evolution and is essentially controlled by 2 opposite sides: about inflammation (inflammation, pain, swelling, redness) and represents a phase of attack, circulation and destruction of microorganisms and anti inflammation (recovery, cell proliferation), reunification. But this perfect defensive response to the organism is not only caused by microorganisms and direct tissue injury, but also by the food we enter that the body experiences either as food or as an unknown attacker to be removed. When we enter foods that our immune system does not recognize as foods (high caloric, processed carbohydrates, low-priced oils, transcated hydrogenated oils), it activates the inflammatory reaction, which this time is not accompanied by pain (silent inflammation), but equally damages all organs and tissues in the body to localize and remove it, but it is not able to do it. If that process lasts for a long time (one or more decades) then there is already visible damage to various organs, which manifests itself as different diseases. Today, it is widely considered that silent inflammation is responsible for many of the diseases of the heart and blood vessels, type 2 diabetes, Alzheimer’s disease, etc.).

The health of our body is above all a balance, and at the molecular level, the equilibrium of the so-called eicosanoid molecules (for the discovery of their role in human health in 1982, the Nobel Prize was awarded to three researchers). These molecules can be divided into “bad” and “good” eicosanoids, although their role (equilibrium) is equally important. They are mainly produced from polyunsaturated essential fatty acids that we enter through food: DGLA (dihomo-gamma-linolenic acid), AA (arachidonic acid) and EPA (eicosapentaenoic acid). DGLA and AA are Omega 6, and EPA is Omega 3 fatty acid found in fish oil. Good eicosanoids, those who favor cellular rejuvenation reaction come from DGLA, while “bad” is created in the body by AA, and EPA maintains the vulnerable balance between them. In essence anti-inflammatory drugs prevent inflammation of the body but at the same time block and DGLA to produce good eicosanoids and thereby prevents the cellular rejuvenation phase (the same effect also has delicately hydrogenated oils, which contain all processed products) .

The best, the cheapest and most natural way to block silent inflammation and promote the rejuvenation phase, without compromising the immune response to inflammation (which saves us from the invasion of microorganisms as we have said) is through food. For start, it is enough to remove huge amounts of low-fat carbohydrates, low-cost processed vegetable oils, and reduce calorie intake of food.